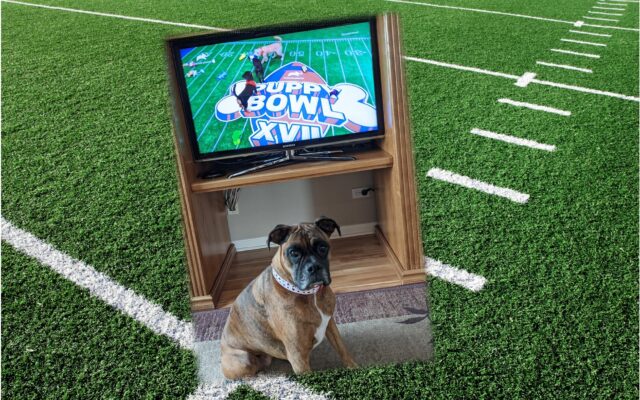 You might not be a football fan and with the Super Bowl pregame coverage starting, like at 8am Sunday morning – you might be looking for a good escape.

A few things you might want to do for yourself is check out one of the movies that have been nominated for an Oscar, have a family Board Game Day or stalk some of your old boyfriends on Facebook.

No matter what you plan on doing – you should at least watch ONE GAME; the Puppy Bowl!

What is so great about it is that this year?  Over 115 pooches from dozens of United States rescues will participate.  50 of these four-leggers will either be on Team Ruff or Team Fluff and they will make up Puppy Bowl XVIII’s starting lineup.

If you want to quickly put together your Fantasy Canine Team…you can check out the players in People Magazine.  Here’s the link.

I’m seriously looking at Rob Gron-CHOW-ski from the Love my Pitties Rescue or the little Boston, Moby from Harley’s Haven Dog Rescue; tiny but mighty!