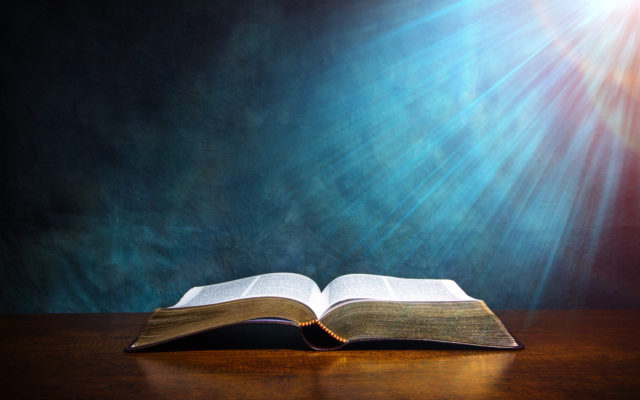 Open Bible on a wood table with light coming from above. ( church concept ).

OKLAHOMA FAMILY REUNITED WITH LATE MOTHER’S BIBLE AFTER MAN FINDS IT IN HIS YARD: An Oklahoma man and a police officer helped reunite a family with their late mother’s Bible after the man reportedly found it in his yard while mowing his lawn. Nicoma Park resident Terry Ward noticed the Bible had the name “Pearl Williams” and the year 1946 written inside. He contacted his local City Hall, but was told they had no records by that name. Next, he reached out to the Nicoma Park Police Department, who found an address in nearby Del City written inside the book. Lt. Mike Weiss contacted the Del City Police Department and found that Williams’ son still lives in the home. Lisa Bennett said her mother kept things that were important to her in the Bible, including a clipping of her wedding announcement to Bennett’s father, which she found inside the  heirloom. (Fox News)

Star 96.7’s Feel Good Story of the Day is powered by Bolingbrook Park District. Visit bolingbrookparks.org to find WHERE THE FUN IS!