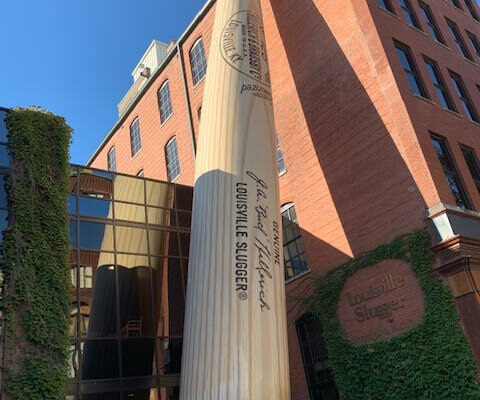 We kicked off our visit with their guided tour!   We went into the warehouse area to where the bats are made with a bunch of machines! We watched how the process was done from start to finish which was incredible.  I don’t think any of use realized just how much specific details went into the process for each and every bat that was made. We watched a bunch of videos at each stop and saw first hand some of the bats that were being worked on at that moment for specific MLB players.  The Atlanta Braves were entering the playoffs and it was pretty cool to see that they were currently working on bats for Adam Duvall from the Atlanta Braves! 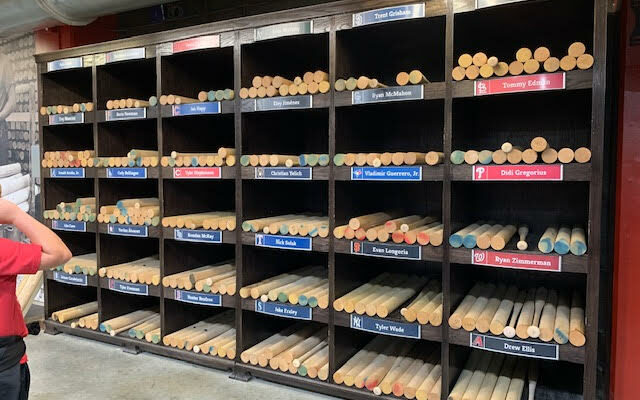 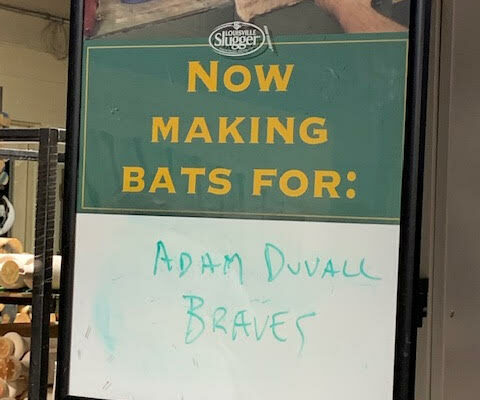 We also were able to see some of the fun custom bats that they have worked on in the past from some ball players that we knew and loved including some from our beloved Chicago Teams! Mason is hoping to have one of these slots one day with his own name on them!  (: 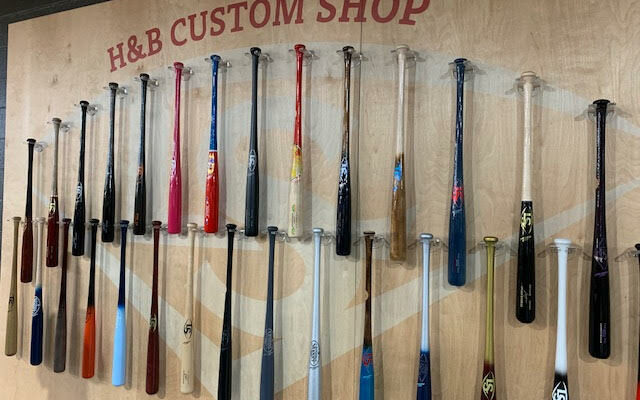 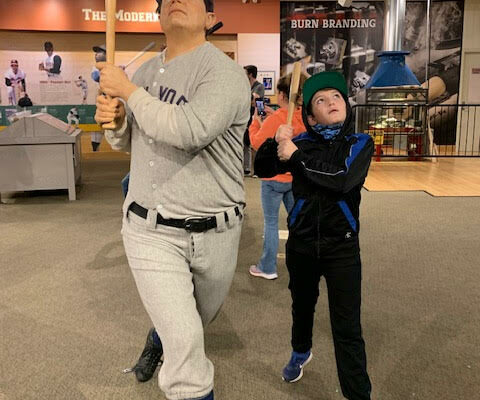 At the end of the tour, we were each given a small replica wooden bat to take home as souvenirs and the boys were all so excited!  After this tour, we headed to other parts of the museum. They had life size wax figures of all different ball players and Mason had to take a pic and imitate the poses of each one! His favorite one was Babe Ruth which doesn’t surprise me since Sandlot is one of his all-time favorite movies! 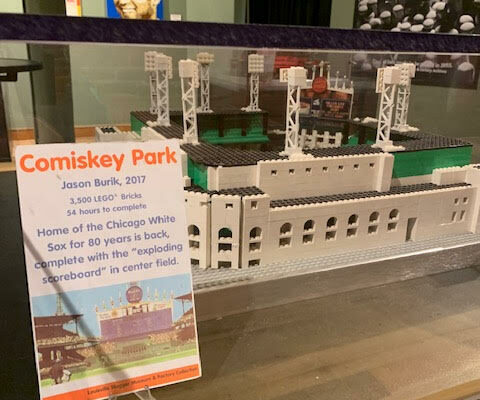 Another fun part of the museum was the batting cages!  Mason and my husband Dennis both had to use the bats that were used by some of their favorite players and hit in the cages!  Mason hit all 10 of the balls which he was quite proud of! One of the other exhibit areas that we all really enjoyed was all the stadiums that were built with Legos!!  Legos are another favorite in our house so this was a fun experience!  And of course the favorite of mine was Sox park which will always be Comiskey Park to me!

Overall, this was definitely one of our favorite stops on our adventures to Louisville, Kentucky and would definitely recommend this museum to anyone but especially families who love baseball as much as my family does!!